How hard could it be?

I come from an entrepreneurial family. My mom, my dad, and my sister have all been running various businesses for as long as I can remember. Both sets of grandparents owned several businesses each as well. You could say it is in my blood. So it should not be a surprise that I’ve been trying to do my own thing since 2005, too.

I’ve always been excited by technology. At some point I realized that it would make sense for me to make money at it.

My first attempt was in 8th grade. I managed to talk my mom and dad into letting me lease a SLIP line. My idea? Try and sell “the internet” to people.

I did not make more than $20 on that venture.

It was a great learning experience for me. And an expensive one for my parents. But life goes on and in many ways this led me to my first proper tech job.

It was not until a few years later that the first proper ISP came to my little city in North Dakota. Things had progressed a lot in those years. This was a real company. The Internet had finally become more mainstream. Regular people could get behind it.

So, my first real job was being the webmaster for the first real ISP in Minot, North Dakota. Webmaster. Ops. Support.

It was easy to understand that on the tech side of the business people had to cover more than one area of expertise. It would be a while before I appreciated how much work there was on the business side.

I worked as an employee of various companies for the next 5–7 years. I was coding and designing for other people. They made sure enough money came into the business so that I stayed paid. Or until they didn’t. That is when the layoffs start.

The tech industry in the San Francisco Bay Area in the late 90’s and early 2000’s was a rollercoaster. The good times were great and the bad times were very much not great.

It felt like I stayed in the San Francisco Bay Area for five or six years. In reality it was closer to two or three.

At a certain point I decided that I wanted to take more control over my destiny. I had come from a job where my paychecks slowed to a trickle before they stopped paying me entirely.

I realized I had been investing my time into other people’s visions. I saw little in return except a stable paycheck. The problem was, those paychecks were only stable in theory.

“I should do my own thing.”

It sounded easy enough. I mean, really, how hard could it be to find people who wanted to pay a talented programmer? I’m awesome! Pay me money!

What followed was years and years of learning experiences, experiments, successes, and failures.

By now I should know better.

I’ve come to realize that in order for a business to be successful there are a lot of aspects that need to be covered. A lot of hats to be worn.

Many of these things are obvious after you learn about them. Some skills come naturally for some people. Most are easy to forget about in the heat of the moment if you don’t keep focused.

Example? The sales and marketing hat.

You can’t build something and simply hope that people will come. Unless you are extremely lucky it doesn’t work that way. People need to find out about your products or services and once they find it, you have to be able to sell it to them.

I have been terrible at both sales and marketing in the past. It is something that I’ve been learning more about over the last two or three years. I’m hoping to start putting more of these ideas into practice in the near future.

I have discovered that running your own business is a continual learning experience. I’m constantly finding new hats I should be wearing or hats I’ve been neglecting.

Posted in:
Yet Another Hat 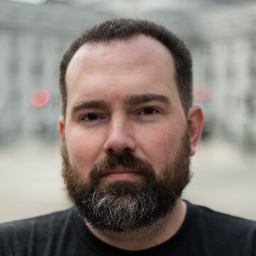 I'm Beau Simensen, Technology Strategy Consultant. I bridge business and technology for clients all over the world.

I love sharing what I'm learning and working on. Subscribe to my newsletter to follow my journey!

I care about the protection of your data. No spam!